A number of 5" Scale Locomotive will be working together to complete a combined total of 500 laps of the Galston Valley Railway in Galston, NSW. Raising money for MS Research 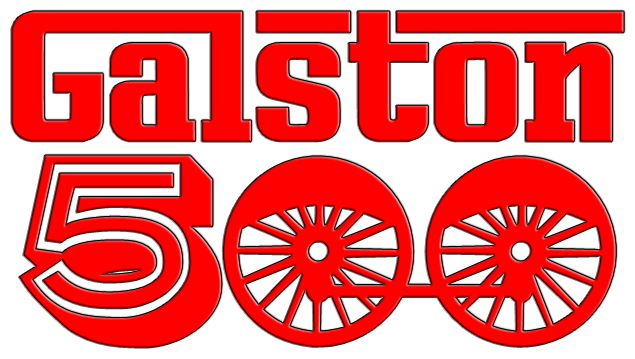 
Hosted by the Hornsby Model Engineers Co-Op Ltd, the Galston500 is an annual event which challenges a collection of 5” Scale Model Locomotive teams to complete a combined total of 500 laps of the picturesque 1km track at the Galston Valley Railway, to raise money for Multiple Sclerosis research.

This years Galston500 will be held on the Sunday 31st of May.

With plenty of entertainment planned for the day, both on and off the track, the public are welcome to come along, watch the challenge unfold, cheer on the drivers, and even get a ride behind some of the participating locomotives, as it continues throughout the day.

The Galston500 was started by Allie Thackray, who was diagnosed with Multiple Sclerosis in 2013. After Allie and her husband Evan, were married at the Galston Valley Railway in 2017, Allie was keen to find an exciting way to combine a hobby they love with a cause that is close to thier hearts.

Since its begining this event has raised and donated over $21,000 towards Multiple Sclerosis research. In 2020 with your help, we would like to double this total.


This year the funds will be donated directly to the Multiple Sclerosis Researchers at The Westmead Institute for Medical Research.

Parking:   Street Parking is available but there are limited spaces.


Nestled in the bushlands on the outskirts of Galston (in the Hornsby Shire, NSW), The Galston Valley Railway is a picturesque miniature railway, with 1km of track winding throughout the bush and up the hills. 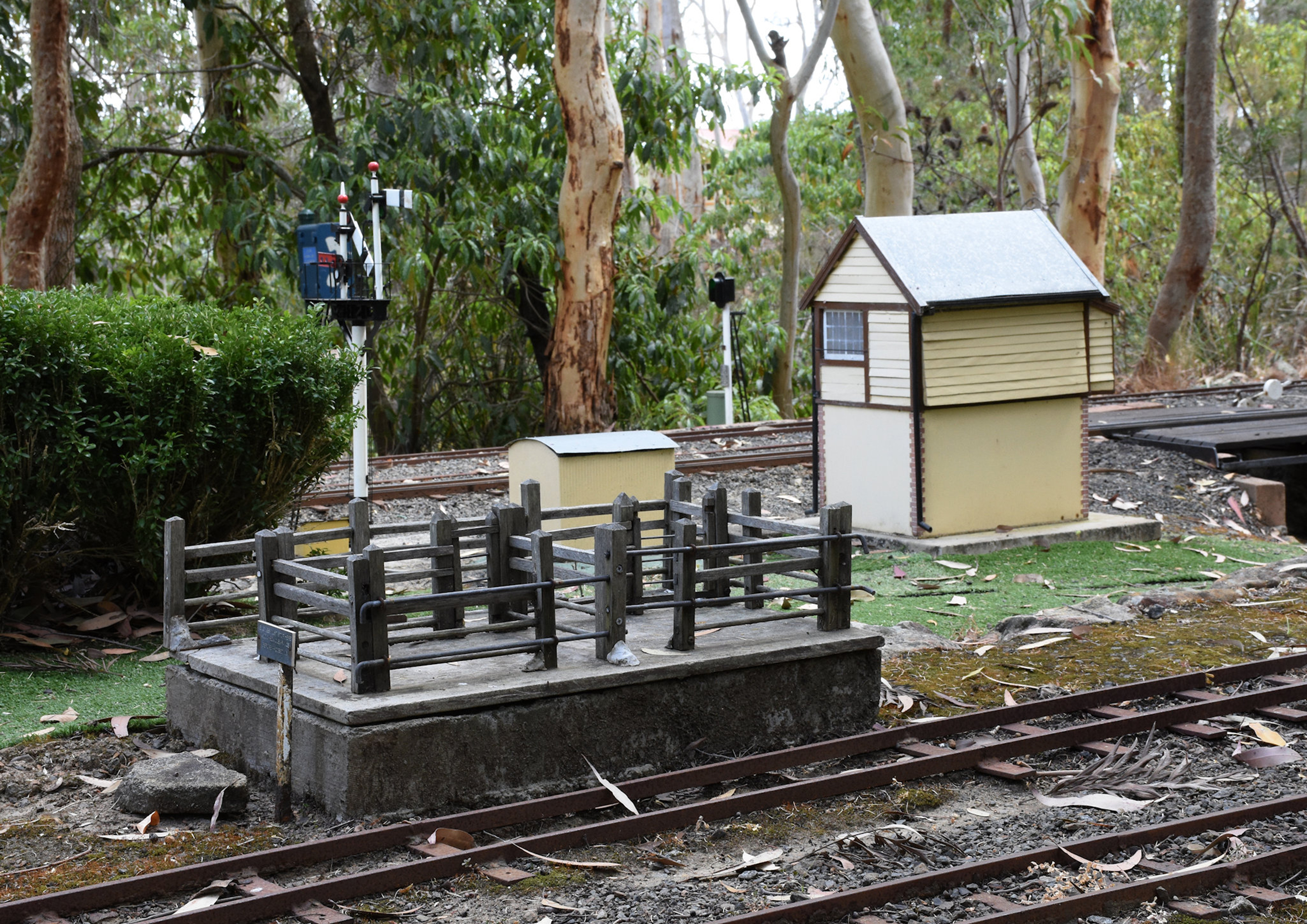 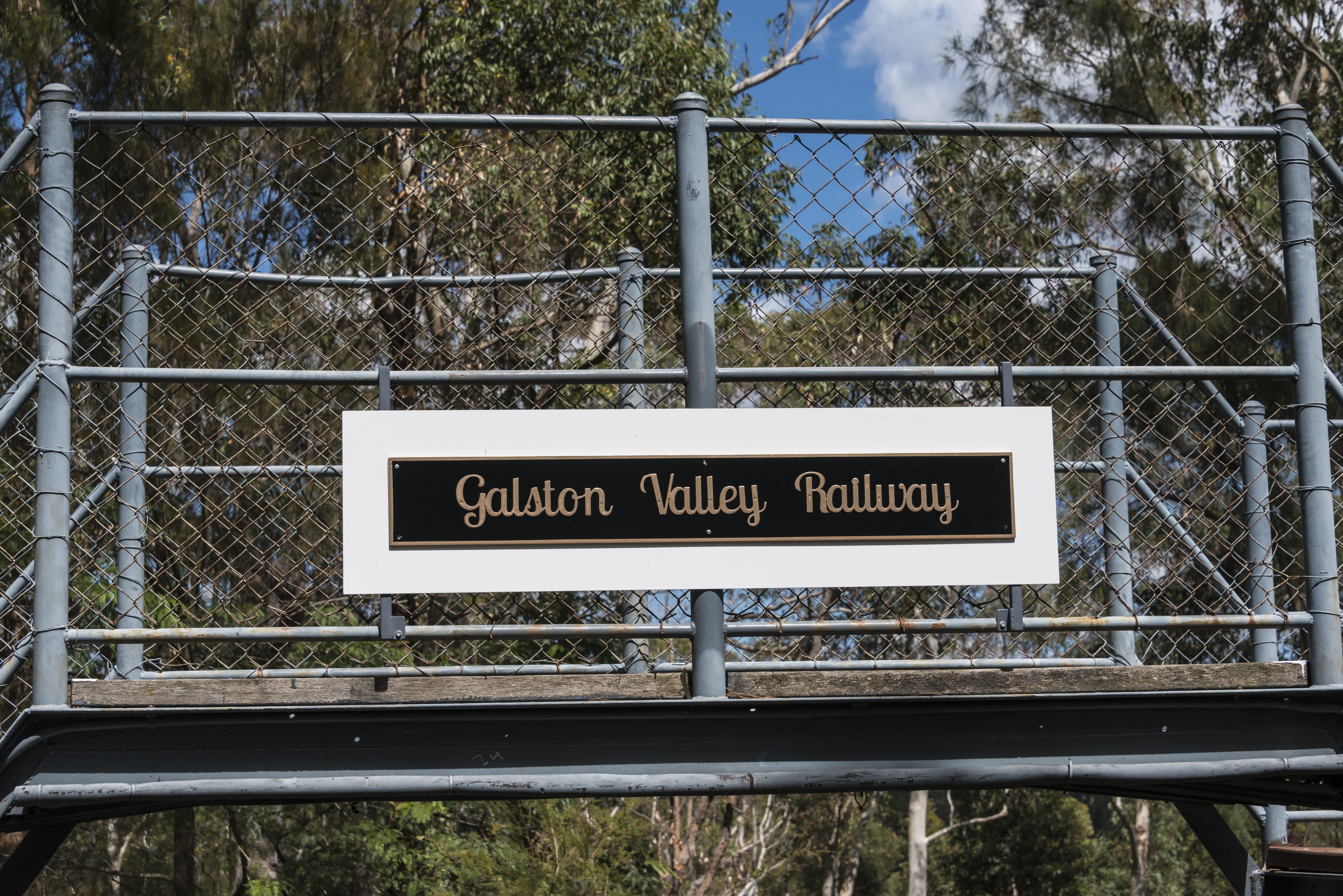 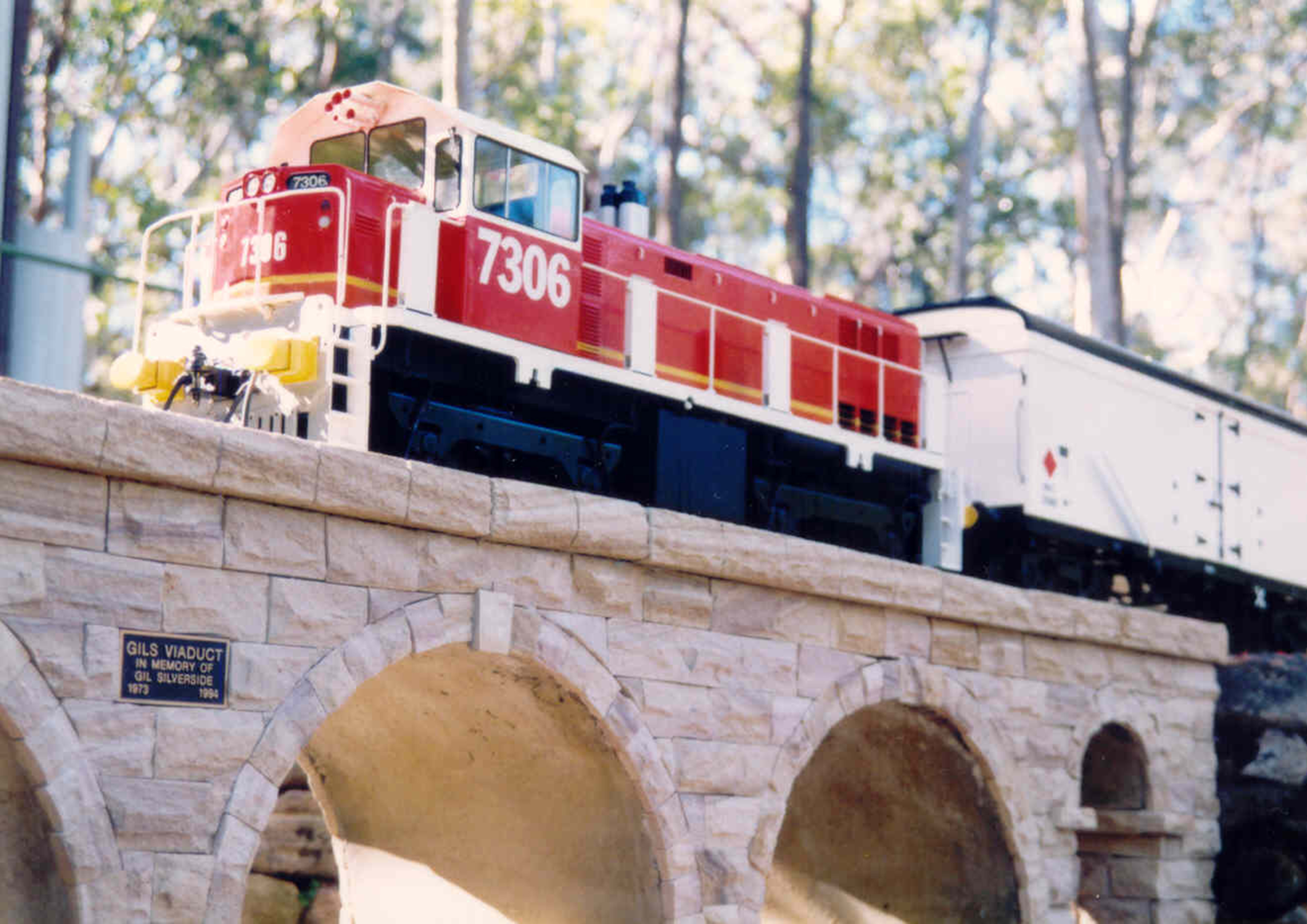 The Galston Valley Railway is open to the Public on the 2nd Sunday of Every Month, with trains run continually throughout the day. The site has both a canteen and Sausage Sizzle available from 11am - 2pm.


Please Note: This site is NOT Wheelchair friendly!
Walking frames and canes can be accommodated but as this is a bushland setting, the terrain is not wheelchair accessible.
There are bathroom facilities on site - but disabled and nappy change facilities are NOT available.

ALL Train Passengers MUST Be Seated When Riding 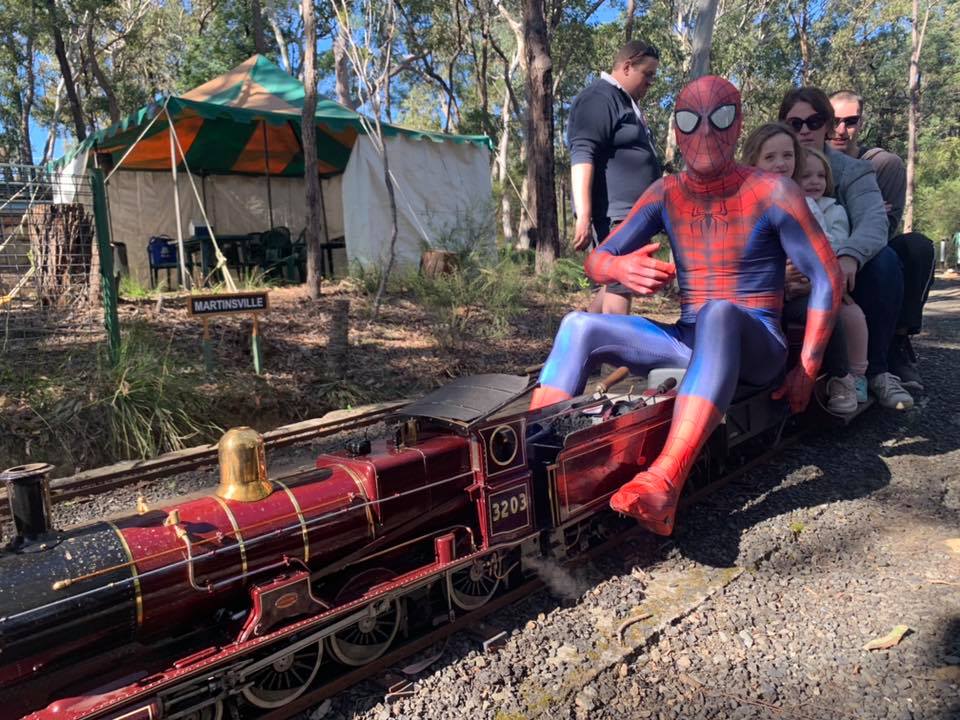 Between 10:00am and 3:00pm the public are invited to ride behind the participating locomotives as they work towards the 500 lap goal. Tickets are $2.50 each and are available to pre-order from our online store or they will also be available for sale at the event.

ALL Train Passengers MUST Wear Fully Enclosed Footwear
Even Spiderman has to have boots on!

Each of the teams participaing in the Galston500 is encouraged to "Fancy Dress" and decorate their locomotive purely for your entertainment.
You can vote for you favorite team by attending on the day, and placing a donation in the teams money box.
The team with the highest dollar amount in their money box at the end of the day will be crowned "The People's Choice" 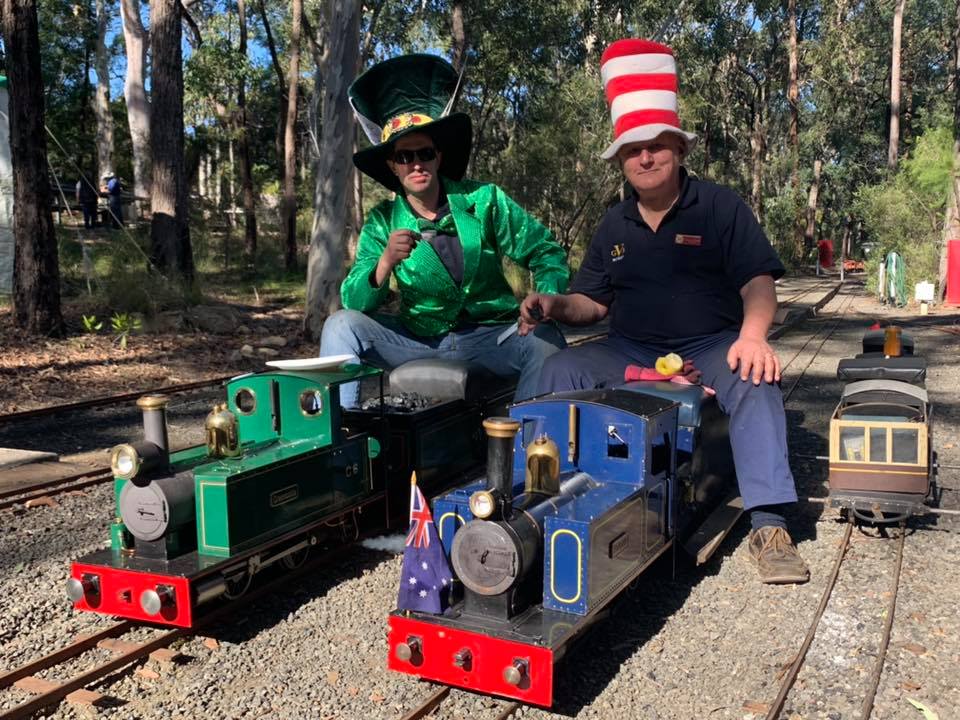 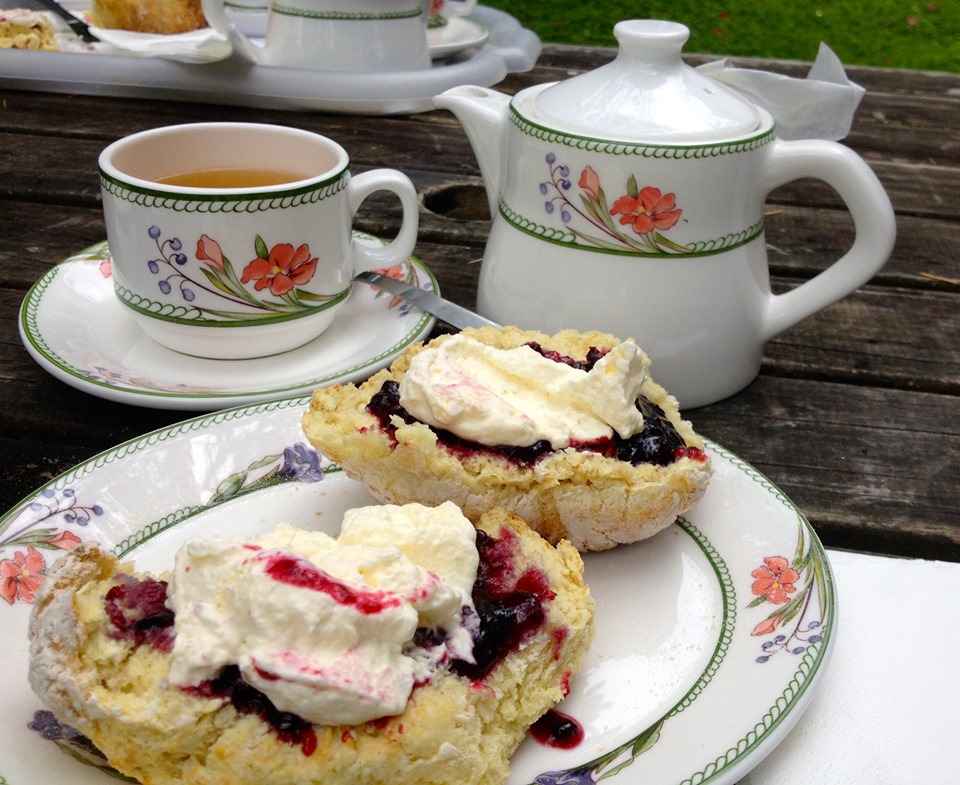 You won't need a packed lunch at the Galston500. There will be plenty of food available to buy on the day.

We've included the following to help keep your tummies full;

Since childhood Anzjuli has had an interest in the performing arts. She began songwriting at age 10 and performed at church functions, school musicals and Eisteddfods where she regularly placed 1st, 2nd and 3rd.
Competing at a local singing talent competition Anzjuli placed in the top 5. She also entered her original song “Man of Peace” which placed in the top song choices for a national singer-songwriting competition for young people.
With a keen interest in music and drama she has studied at the University of Newcastle's Conservatorium of Music as well as completing a Bachelor of Fine Arts in Drama and Creative Writing from the Queensland University of Technology. She pursued acting for many years whilst continuing to write her own songs.
After completion of her Howard Fine Acting Program in 2016 Anzjuli decided to commit more time to music and has since performed in musicals as well as honing her songwriting and singing skills. Anzjuli's music could be described as a bit of folk mixed with Celtic.
Artists that have influenced her are The Corrs, Bat for Lashes and Celine Dion. Her music deals strongly with feelings of vulnerability, loneliness and struggle, which she hopes by expressing will empower herself and others to embrace these aspects of life as part of the human experience – and overcome them.

This is Anzjuli's first solo performance as a singer songwriter and she looks forward to showcasing her heartfelt melodies to you. 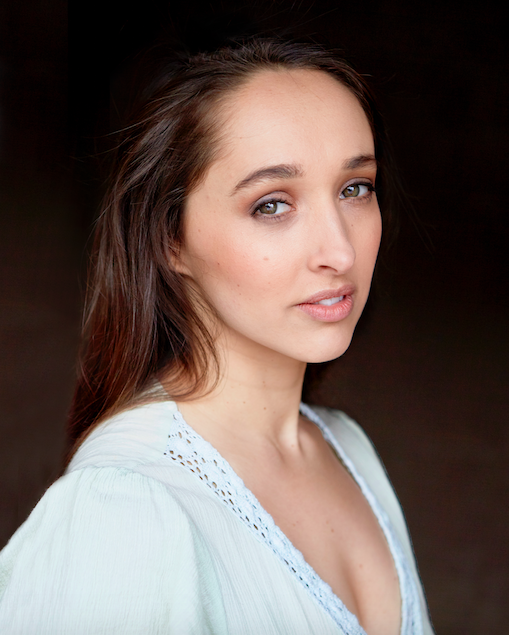 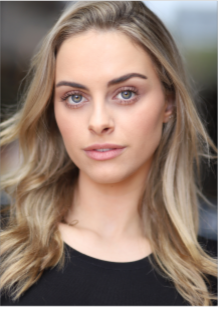 MUSIC
From the age of 7 Irene has been performing and singing as she knew then this is what she wanted to do. Has studied a Diploma of Acting and has also studied at The Australian Institute of Music. From 2018 she has been performing at events such as the Easter Show, Christmas carols, local Venues and at Private Functions. In 2019 her songwriting kicked into overdrive with preparation of releasing her debut material in 2020.
ACTING
From the age 7 Irene started her acting Career with roles in Film, Television and Theater. With a diploma from the New York Film Academy and also local National Institute of Performing Arts Irene is always improving her talent and scope. Then at 17 Irene took on the Modelling world with many appearances under her belt.
MEDIA PRESENTER In 2020 Irene will enter into the media world as a presenter for a new Global Digital TV Channel.

As you can see Irene Paris is more then a triple threat, she is the real deal with a performance level second to none. She can handle any situation and is ready to make you look or sound great!

Kris Petersen is a name that has become synonymous with the Australian Music Industry. From clubs to stadiums, Kris has performed on every continent in the world and shared the stage with some of the world’s greatest artists.

With a degree from AIM (Australian Institute of Music) and over 20 years as a professional musician, Kris has toured nationally and internationally with some of the best original, cover and concept acts that Australia has to offer. 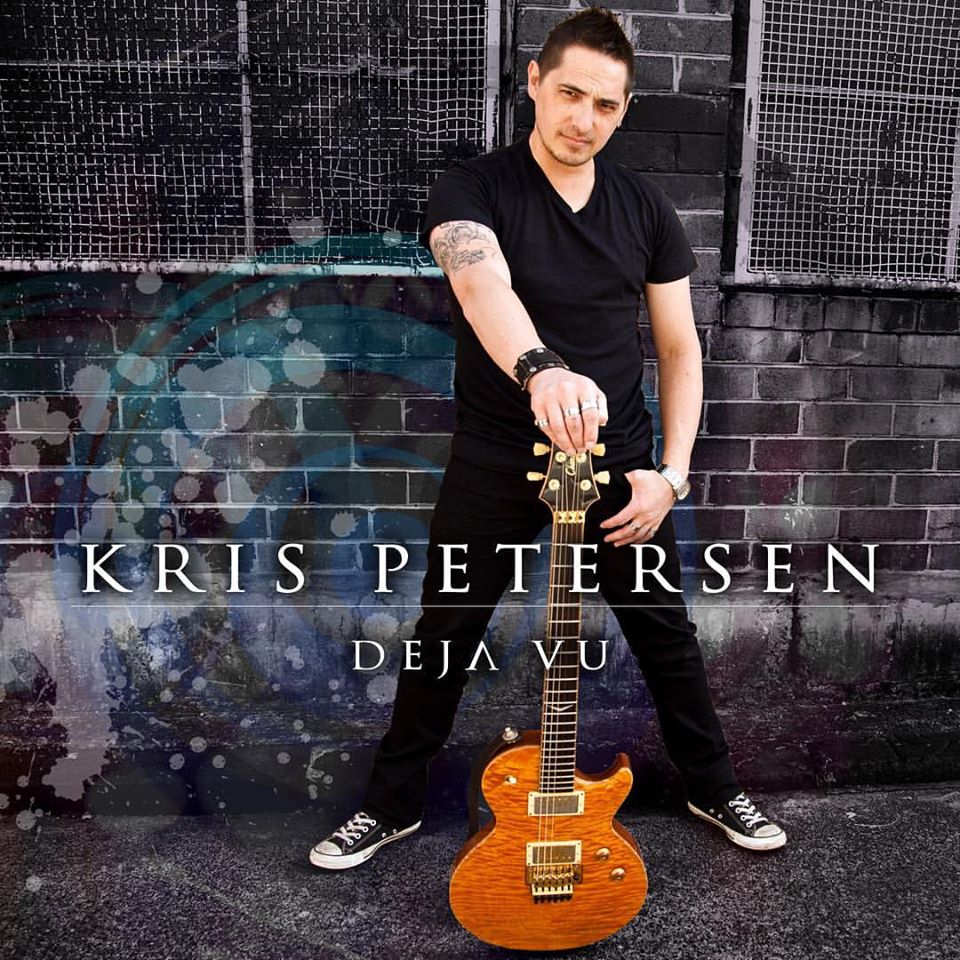 The Westmead Institute for Medical Research (WIMR) exists to enrich the health and wellbeing of people globally by liberating them from the major disease challenges of our time.

The world-leading researchers at WIMR work collaboratively. They are passionate, dedicated and brilliant, with a personal connection that is second to none. WIMR researchers are driven and thrive on solving medical challenges. They champion life-changing medical research through personal connection. It's the brilliance, warmth and passion of our people that makes WIMR outstanding.

WIMR is making breakthroughs in medical research and applying these discoveries to some of the world’s most serious diseases. These include illnesses like HIV; diabetes; cancers; heart, kidney and liver issues and deadly viruses.

At WIMR, many of our researchers are also clinicians at Westmead Hospital. This crucial relationship means that our research teams better understand patient needs and the serious health conditions affecting Australians and people worldwide, and this helps to guide our research. The relationship also helps to facilitate research findings into real outcomes for patients.